The following year, he entered the Cristina Hereen Foundation where he obtained a prestigious scholarship and continued his training with guitarists such as Niño de Pura, Paco Cortés, Pedro Sierra and Rafael Riqueni.

After successfully completing his studies at the Foundation, he dedicated his time to traditional flamenco, accompanying dance and singing on numerous stages in Spain and Europe. 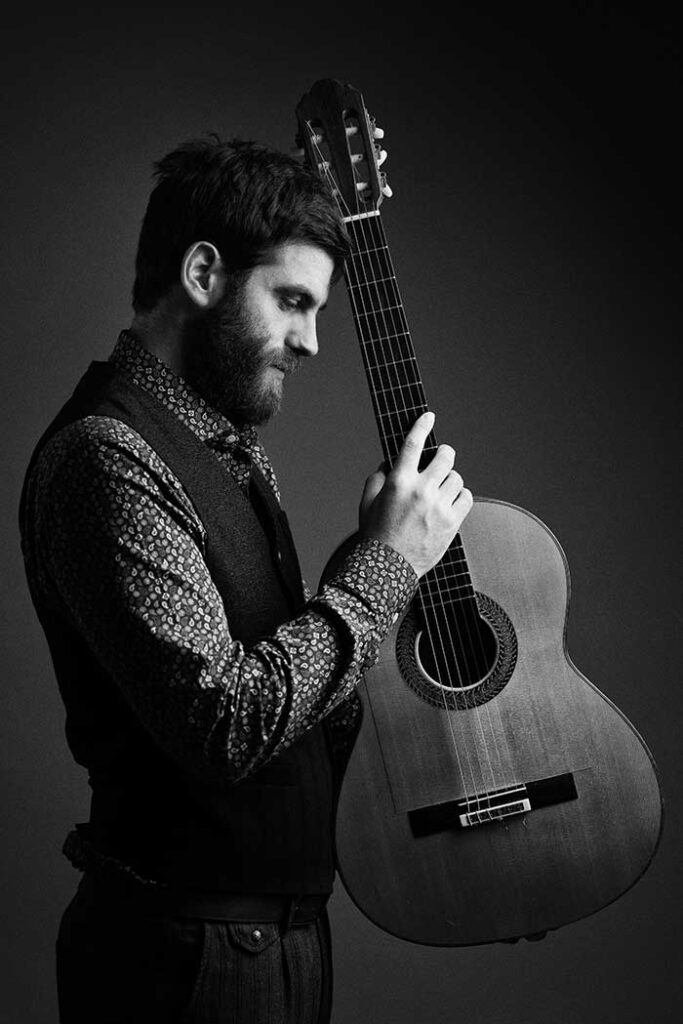 He is also a guitarist for the Peña Flamenca la Fragua in Bellavista (Seville) and accompanies flamenco dancing classes for prestigious teachers such as Carmen Ledesma, Juana Amaya and José Galván.

With Jose Galván he gives his first steps in the Seville scenarios. He continues his professional career accompanying several bailaoras and cantaores in places such as La Caja Negra, Flamenqueria, Sala Garufa, El Casala theater and the prestigious Cartuja Monastery.

He has also played outside Seville; At the University of Oviedo for the Leonard Cohen cathedra, in several tablaos on the Costa Blanca (Alicante), in Baeza in The ruins of San Francisco auditorium , in Amsterdam and in Tilburg (Holland).

Nowadays he lives in Barcelona where he works as a flamenco guitarist and teacher.

Gabriele also has a musical project with the singer Daniela Manzoni. This duo named Rayuela, has several collaborations with folklore musicians and aims to mix the harmony of the flamenco music with other traditional music from different regions of Europe and Latin America.