By milos on May 27, 2020 in music, online classes with Comments Off on 20 Bizarre and Interesting Musical Facts 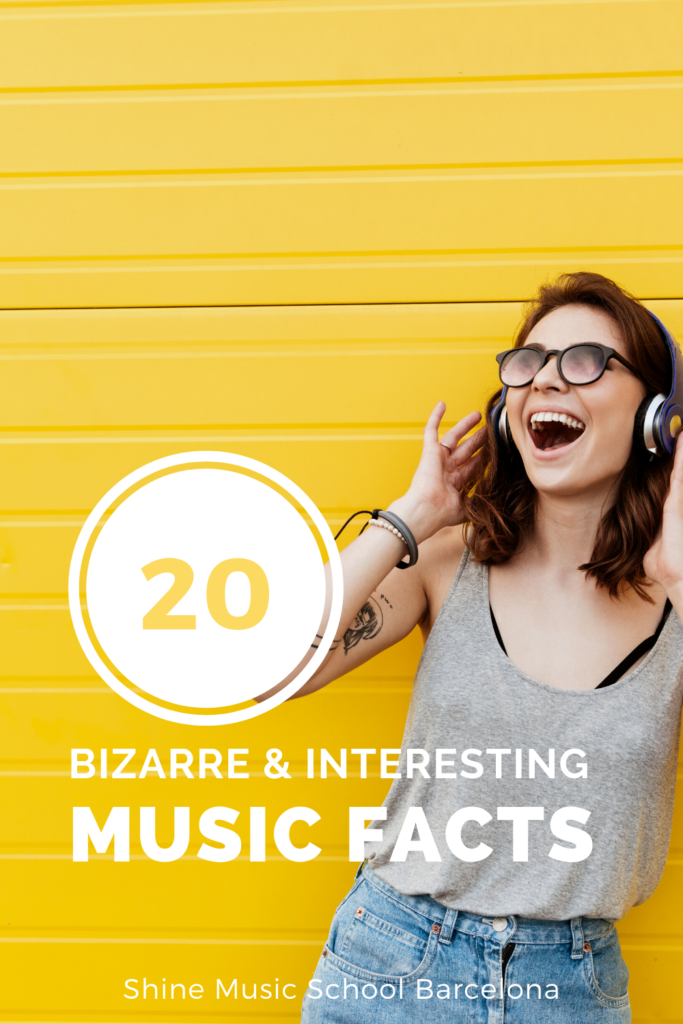 1. In 2016, Mozart sold More CDs than Beyoncé. In October of the same year, the Universal Music Group released a box set commemorating the 225th anniversary of Mozart’s death. Every box set held 200 CDs.   The box has been extremely popular. A New Complete Edition, presenting Mozart’s entire work including every last fragment, in the most authoritative edition ever created. The Edition presents over 240 hours of music, 600 solo performers and ensembles including 60 orchestras and every significant Mozart interpreter of the past 30 years. You can still buy the set on amazon. 2. ‘Mozartkugeln’ are the most popular chocolate brands in Austria. A Mozartkugel in English known as a Mozart ball, is a small, round sweet made of pistachio marzipan and nougat which is then dipped in  dark chocolate. Created in 1890 by Salzburg confectioner Paul Fürst (1856–1941) and named after Wolfgang Amadeus Mozart. They are still hand-made to this day! 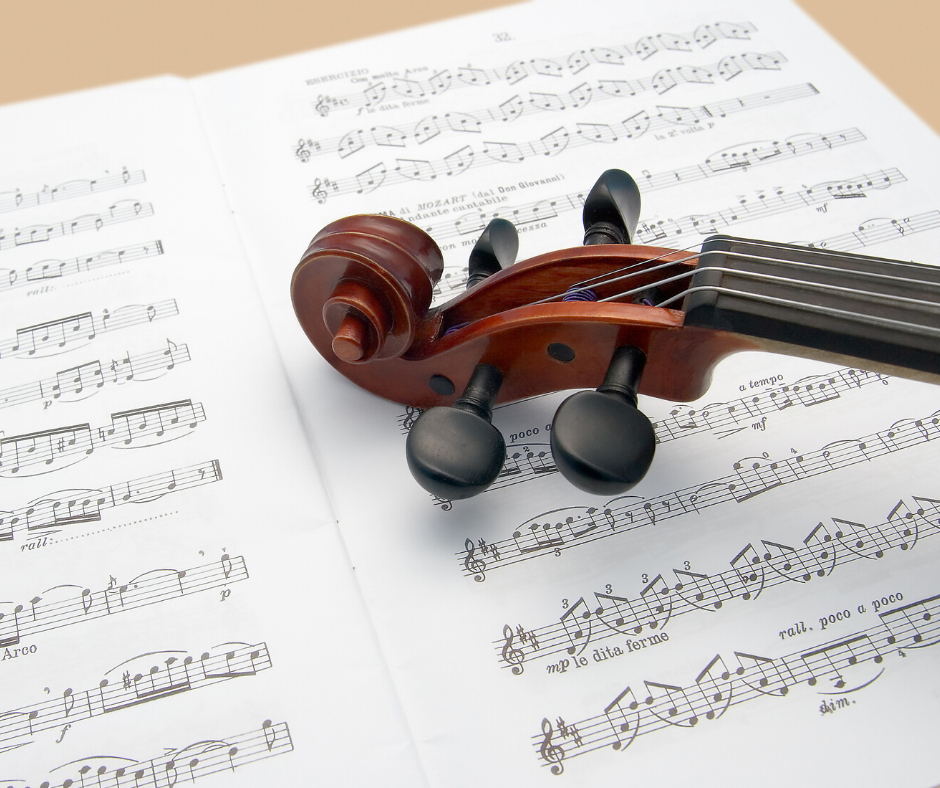 3. Rod Stewart played in the largest free rock concert  According to Guinness World Records, Rod Stewart’s 1993 New Year’s Eve concert on Copacabana Beach in Rio de Janeiro, Brazil, is the most-attended free concert ever. Around 4.2 million people came down to the beach to see him perform and watch the fireworks at midnight. 4. Finland Has the Most Metal Bands Per Capita Finland, apparently, is home to the most metal bands, with about 53.5 metal bands per 100,000 people. Other Nordic nations Sweden, Norway and Iceland follow closely behind. Even though heavy metal music originated in the United States and the United Kingdom, the genre has taken off in the northern climes. There is even a Finnish Children’s metal group – Hevisaurus, of heavy metal dinosaurs with more than 7 albums under their belt!
5. An Astronaut Released an Album with All Songs the Recorded in Space. A Canadian astronaut named Chris Hadfield released his first album in 2015, which was recorded while he was orbiting space. He became the first Canadian to walk in space, but his cover of David Bowie’s “Space Oddity” also went viral! Hadfield spent 144 days at the International Space Station recording his 11 original songs for his appropriately-titled album, Space Sessions: Songs for a Tin Can.
6. Yuri Gagarin sang from space. Russian cosmonaut Yuri Gagarin also apparently famously sang a Shostakovich song, ‘My Homeland Hears’, from space but it was not recorded. This make it the first song in space! 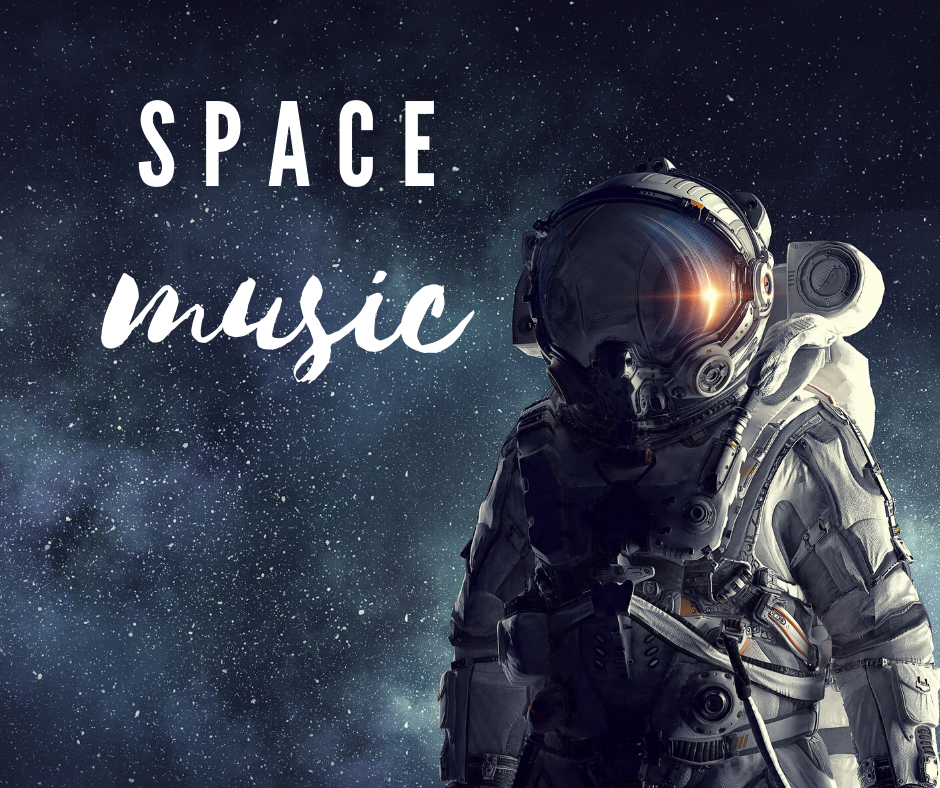 7. Music Helps Plants Grow Faster. According to a study by scientists from South Korea, plants grow at a faster pace when they are played classical music. Using 14 different pieces of music, the scientists played music to a rice field and studied the results.  Findings were that the music helped the crops grow and even suggested evidence that plants could “hear”.  We suggest practicing your instrument in your veggie garden! 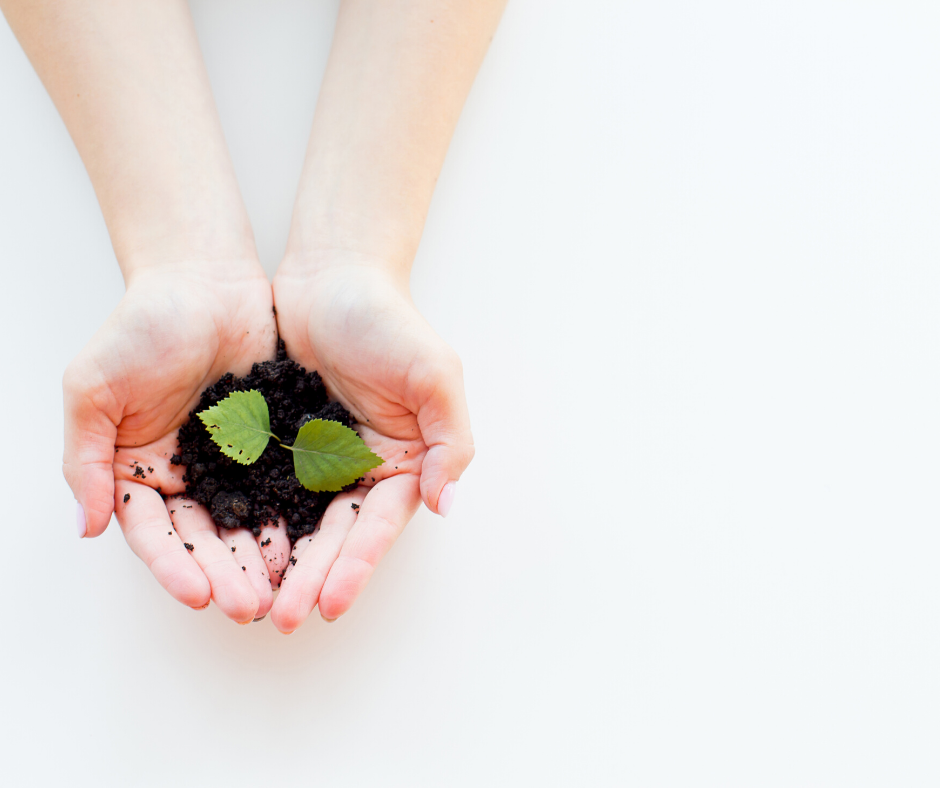 8. None of The Beatles Could Write or Read Music. Paul McCartney finally admitted  that neither he nor any of his Beatles bandmates were able to read or write music during a 2018 interview. McCartney said that the music just came to him and his bandmates John Lennon, Ringo Starr, and George Harrison, and it was never written down. We can only  “imagine” what they may have written if they had had some musical training!
9. The Most Expensive Musical Instrument Sold for $15.9 Million. In 2011, the “Lady Blunt” Stradivarius violin sold for $15.9 million, making a world record. In fact the value of violins jumps every year, so hold onto your vintage instrument, it could become your retirement plan!
10. A single violin is made from over 70 individual pieces of wood. The violin, sometimes known as a fiddle, is a wooden string instrument in the violin family. Most violins have a hollow wooden body, and are mostly glued together. To this day, instruments from the so-called Golden Age of violin making, especially those made by Stradivari (like the one mentioned above), Guarneri del Gesù and Montagnana are the most sought-after instruments by both collectors and performers. Perhaps you would like to try and build your own?
11. Musical Education Leads to Better Exam Scores. Studying music is an actual workout for your brain. Learning an instrument has been proven to help students in myriad ways from mastery of memorisation, pattern recognition and emotional development. Students who have experience with music performance or taking music appreciation courses score higher on the SAT(Scholastic Aptitude Test). A report indicated that they score, on average, 63 points higher on verbal and 44 points higher on math. You can start your musical journey with us!
12. Michael Jackson once tried to Buy Marvel Comics. MJ was a huge Spider-Man fan and wanted to play the role in a movie.  He attempted to buy Marvel Comics—the company that created the character and owns the rights to Spider-Man—so he could make it happen. Stan Lee, Marvel’s chairman up until his death in 2018, has recalled this story in an interview. Lee said that he thought Jackson would’ve made a good Spider-Man but felt that Jackson was not a very good businessman, and Marvel may not have been as successful under his helm. 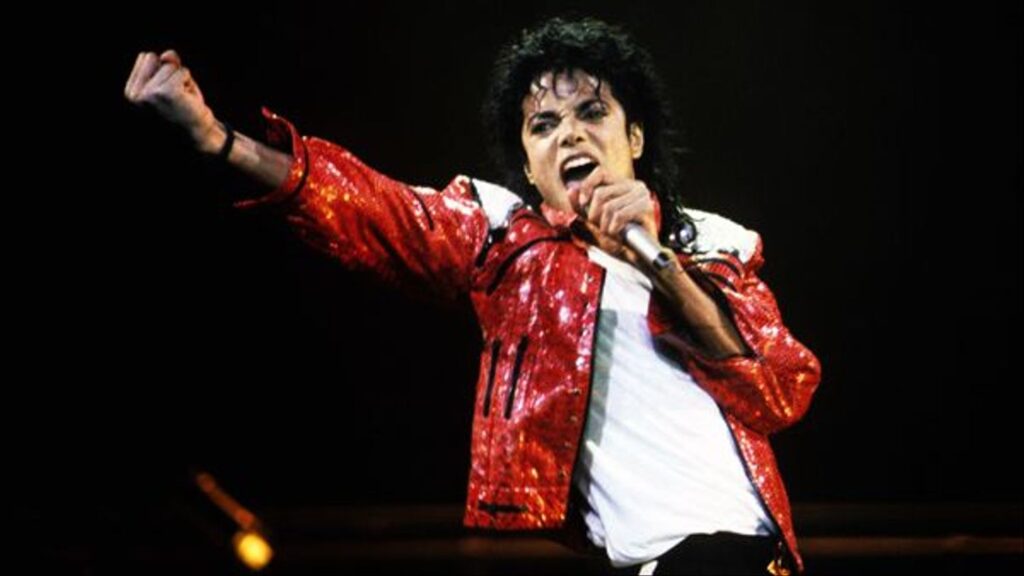 13. The World’s Longest Running Performance Will End in the 27th Century. A 639-year performance based on eccentric composer John Cage’s “As Slow as Possible” (ASLSP) started in September 2001 and is still playing at St. Buchard Church in Germany. The performance by an automated organ plays so slowly that visitors have to wait months for a chord change, and is scheduled to end in 2640. The performance is so slow that the organ it’s played on was not even completed before the concert began. Additional pipes were added before the notes and chords changed. A generation of musicians will need to keep the organ going!
14. Prince Played 27 Instruments on His Debut Album. Prince’s first album For You was released when he was just 20 years old. Included in the album’s notes, he’s listed as the musician behind all vocals, as well as (get ready!) electric guitar, acoustic guitar, bass, bass synth, singing bass, Fuzz bass, electric piano, acoustic piano, mini-Moog, poly-Moog, Arp string ensemble, Arp Pro Soloist, Oberheim four-voice, clavinet, drums, syndrums, water drums, slapsticks, bongos, congas, finger cymbals, wind chimes, orchestral bells, woodblocks, brush trap, tree bell, hand claps, and finger snaps. Prince is said to have played every single instrument: 27 in all.
15. Haydn has two skulls! There are two skulls in the musician Haydn’s tomb. One real and one fake! His head was stolen by phrenologists and a replacement skull was put in his tomb. In 1954, the real skull was restored but the substitute was also left behind! Two heads are better than one! 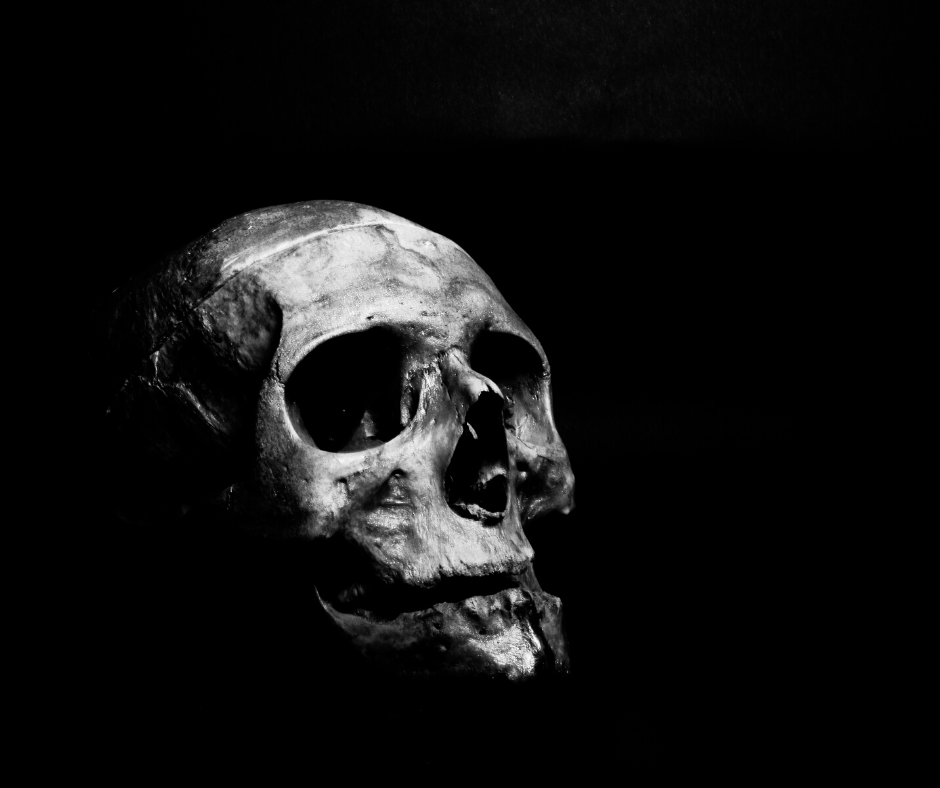 16. Risotto inspired Rossini. The composer wrote the aria ‘Di tanti palpiti’ while waiting for some risotto to cook in Venice. Besides this Rossini wrote many pieces inspired by gastronomy, and has had many dishes named after him including Cannelloni which is popular in Barcelona. Apparently he had a thing for “truffles”. 17. Titanic almost sank with the London Symphony Orchestra. The London Symphony Orchestra was booked to travel on the Titanic’s maiden voyage, but they changed boats at the last minute. The band of Titanic is one of the most mysterious and legendary tales that comes from the ill-fated ocean liner. Titanic’s eight-member band was led by Wallace Hartley, and upon panic of the passengers during Titanic’s sinking, assembled in the first-class lounge to play in an effort to keep everyone calm. 18. Dogfish skin was often used in the 18th century to sand violins.  Dogfish are a family of sharks. Dogfish sharks make up the second largest order of sharks at 119 species. They have two dorsal fins, and their skin is generally rough to the touch, hence being used to sand the wood of violins. They are found in coastal waters and classified in the IUCN Red List of threatened species as Vulnerable globally and Critically endangered in the Northeast Atlantic, meaning stocks around Europe have decreased by at least 95%! 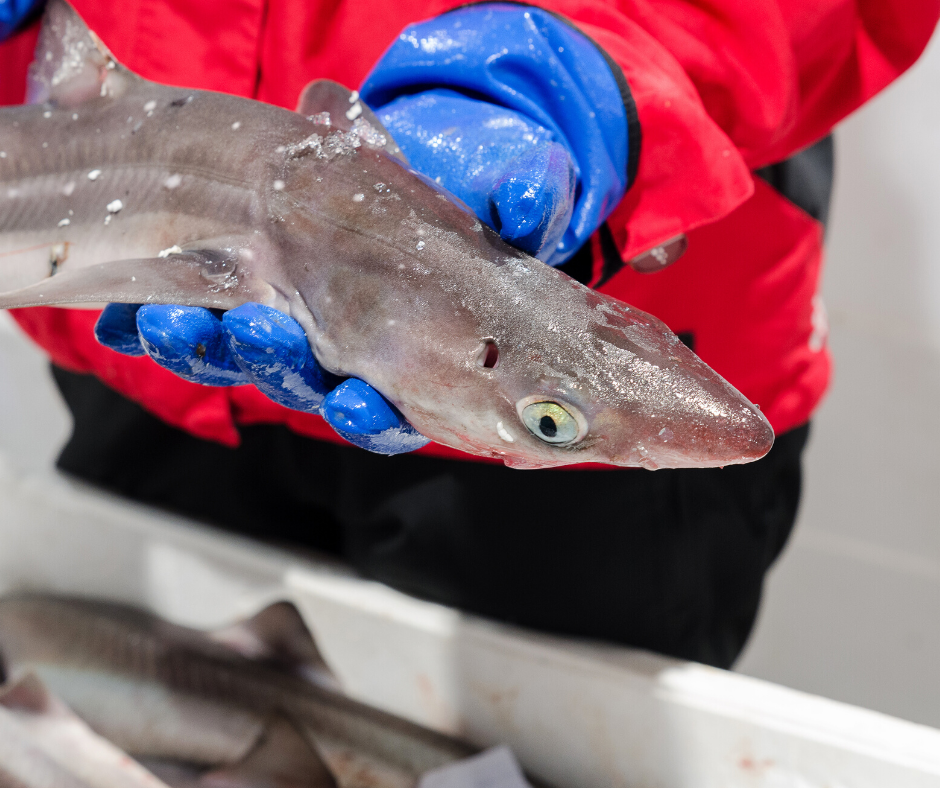 19. Renaissance composer Orlando de Lassus was kidnapped many times as a boy because of his beautiful singing voice. Orlando de Lassus was a composer of the late Renaissance, chief representative of the polyphonic style of the Franco-Flemish school, and considered to be one of the three most famous and influential musicians in Europe at the end of the 16th century. Legend has it that he also sang really well! 20. Domenico Scarlatti composed his ‘cat fugue’ after his cat, Pulcinella, walked across his keyboard. Sources: https://bestlifeonline.com/music-facts/ https://www.classicfm.com/discover-music/latest/incredible-facts/haydns-skull/